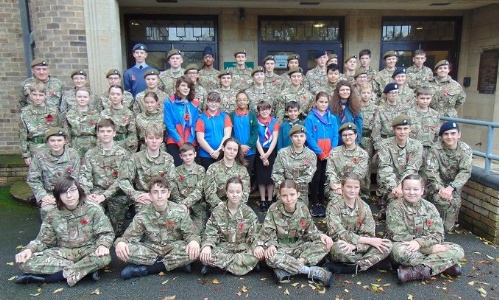 A number of students and staff from Arthur Mellows Village College attended school either in their Armed Services Cadet uniforms on Monday 11 November 2019 in order to commemorate Remembrance Day.

The students and staff were all incredibly proud to wear their uniform and also commented on their involvement on Remembrance Sunday when they represent their various organisations with wreath laying. The staff are very excited to be a part of the newly formed AMVC Combined Cadet Force (CCF) Army Section which is now in its second year. The CCF, which now has in excess of 40 students in its contingent, provides many exciting opportunities, aids the community and helps students grow as individuals. 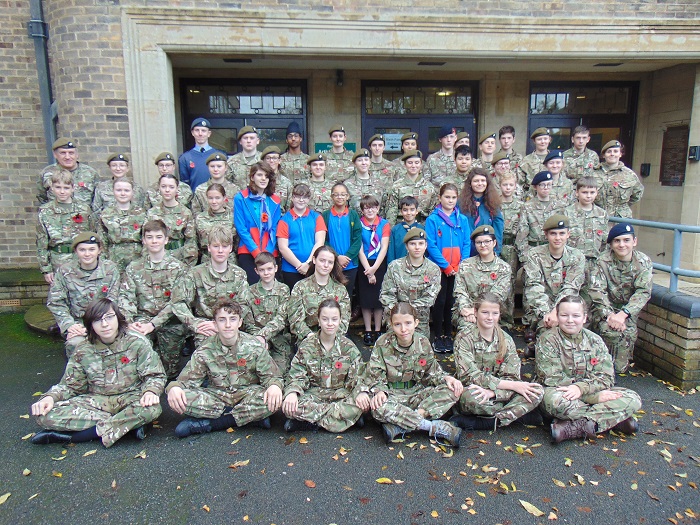 Mike Sandeman, Head of College, commented on how pleased he was to see so many students embrace their extra-curricular activity, by attending school in full uniform and generally promoting the good work of the Royal British Legion and the Armed Services.  They are to be congratulated on being such excellent ambassadors for these respective organisations.  He went on to further say he was very pleased with how the CCF was being received by students in school and how the Cadets have positively embraced the act of remembrance and the work of our Armed Services.